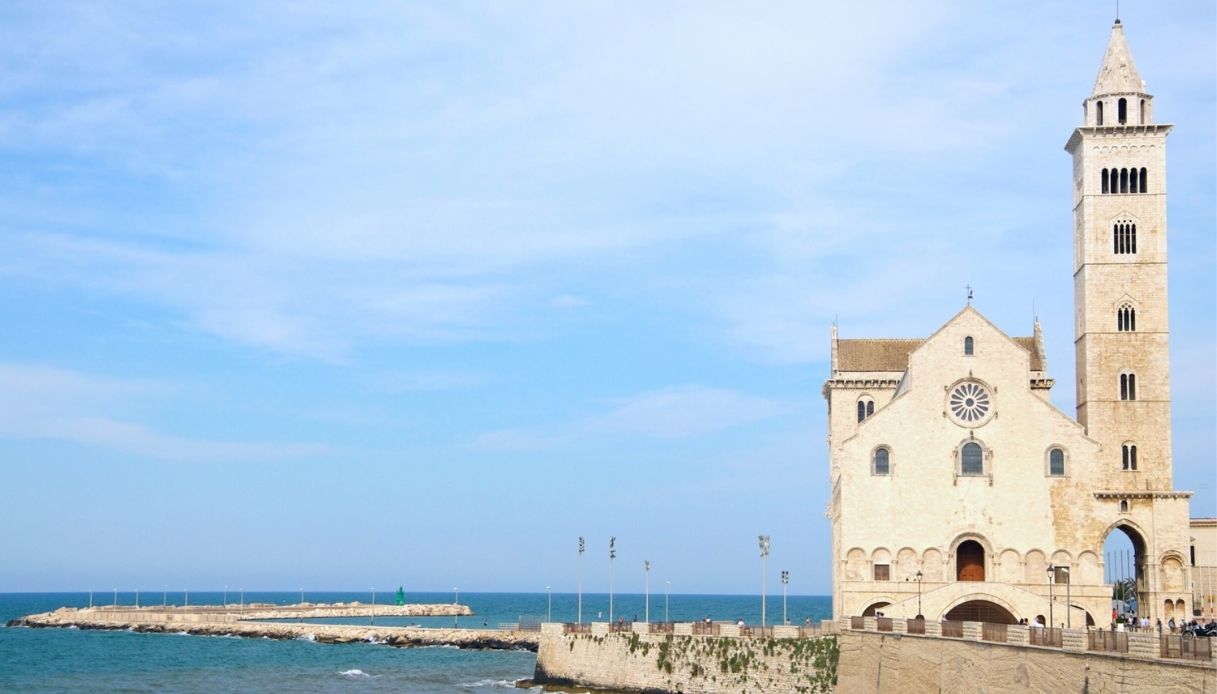 Posted at 16:58h in Idee Vacanza by Serena Marigliano

Vacations in Apulia? Here are 5 things to do in Trani, one of the most popular destinations of the Apulian summer.

Trani is one of the pearls of the Adriatic coast of Puglia and with Barletta and Andria it is the capital of the province of BAT.

Here a crystal clear sea meets an amazing architecture, with a result that enchants anyone who decides to stop in Trani. For this reason we have decided to give you 5 tips on what to see in Trani.

After recommending what to do in Monopoli, it’s time for another Apulian treasure.

Things to do in Trani: our top 5 tips

Visit the port of Trani

The first activity we recommend to those who come to the city is to visit the port of Trani. The turistic port of Trani is a small jewel that reminds us that we are in a beautiful seaside town, with a strong tourist vocation.

But this port also has a long history to tell. This is because the city of Trani has a privileged position, which has always been ideal for commercial exchanges. It was Frederick II who grasped its importance and made the city one of the hubs for trade in his kingdom. Not only that. Trani was also considered a gateway to the East and from here people left for the Holy Land.

The Cathedral of Trani is not to be missed and is also an undisputed symbol of the city. Moving just from the port, you arrive in this beautiful square bordered by the sea. Here stands the majestic Cathedral of Trani, so much loved and so much photographed.

We are a few steps from the sea and right here the combination of white-rose shades of Trani stone and the blue of the sea makes everything perfect. A picture that seems painted. To be immortalized.

A walk to the Fortino di Trani

Not to be missed is the Fortino di Trani, another symbolic place of the city. For those who have little time at their disposal no fear: the historic center of Trani can be visited in a few hours.

Always starting from the port you arrive at the Fort in a few minutes. Here you must stop because you can enjoy a breathtaking landscape, one of the most beautiful in the city. Stopping after a walk helps to relax and makes your eyes fall in love. A real enchantment opens before your eyes. From here you can also see the Cathedral: a shot is a must.

We are in the heart of Apulia, well known for the sea, the good fish and the wine. It is impossible to arrive in Trani and not to plan an eno-gastronomical stop in order to discover the specialties of the area. In the area of the port, as well as in the whole historical center, there are many fish restaurants, where it is possible to taste only the best of the Apulian culinary tradition. Impossible not to try.

Book a beach in Trani with Cocobuk

Among the things to try in Trani there is also this. Here you can find a stunning sea and those who want to enjoy a day of absolute relaxation can only book a place on the beach. The beach establishments in Trani on Cocobuk are many and all exclusive: just one click to book a place in the sun.