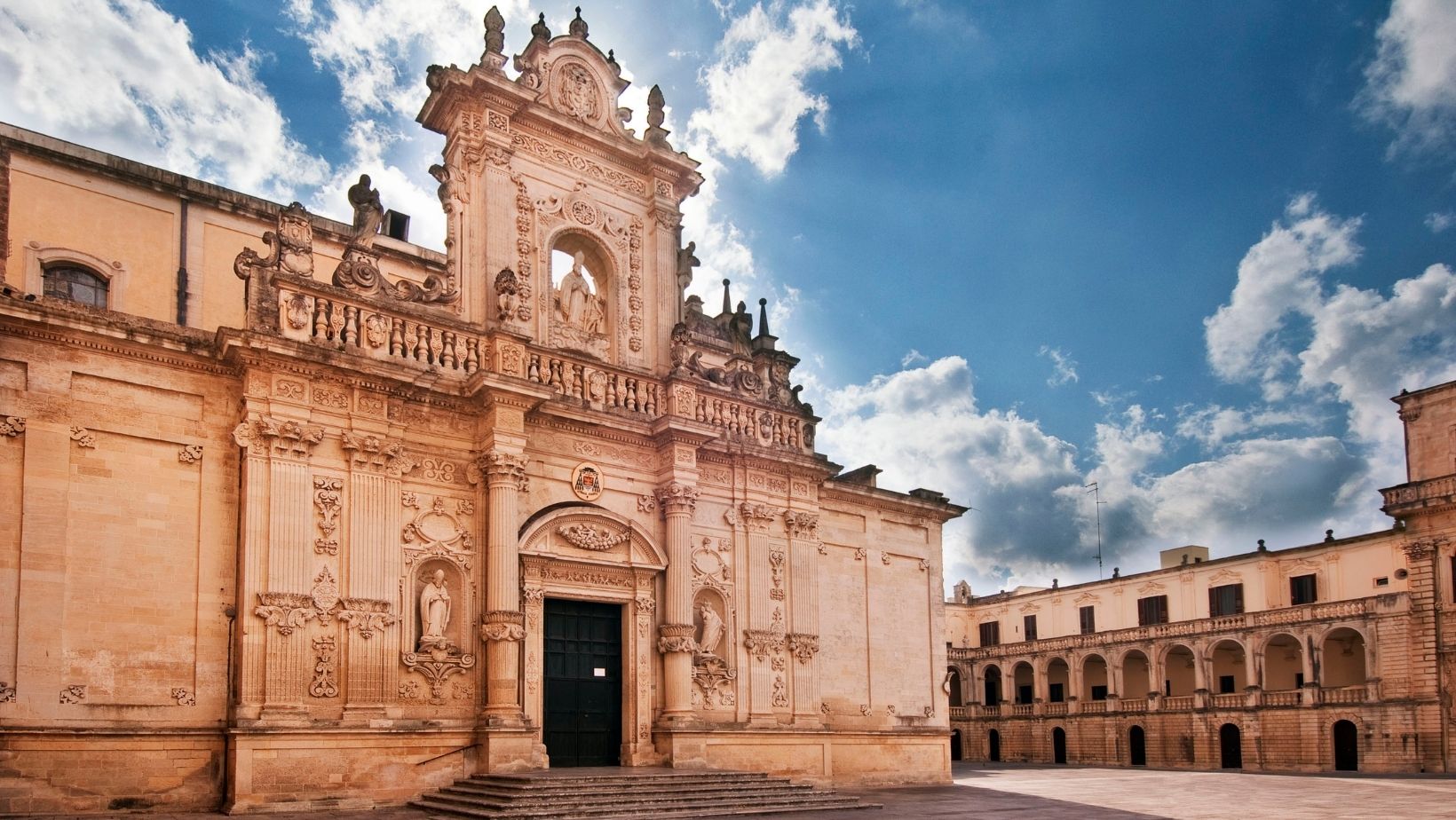 13 Gen 5 things to do in and around Lecce

Posted at 17:07h in Per la tua estate by Serena Marigliano

Top 5 things to do in and around Lecce

Lecce is the capital of Lecce Baroque, but also the capital of rustico and pasticciotto. All good reasons to visit the city. Certainly during the period of late spring and summer the city and its surroundings take on a special charm. Here are some of the most beautiful destinations in Salento, to get to know and visit.

Visiting the historic centre of Lecce

This is the starting point for a visit to the historic centre of Lecce, one of the most beautiful and picturesque in Italy. This is where the Lecce Baroque style reaches its maximum expression and there are so many corners to discover that walking around with your nose in the air is a must. Balconies, columns, city gates, churches: everything here leaves you speechless.

Wandering through the narrow streets of Lecce’s historic centre means encountering masterpieces of art and architecture, but also workshops for papier-mâché and pietra leccese, two symbols of the city.

There are many things not to be missed in Lecce’s historic centre. The Basilica of Santa Croce and the adjacent former Celestine Monastery are undoubtedly worth a visit. The structure of the church and its beautiful rose windows are featured in all art history books. A gem not to be missed.

But Lecce is also much more. The Cathedral of Lecce, with its bell tower and the square in front of it, is beautiful. This is undoubtedly one of the most beautiful views of the city. Also worth a visit is the Church of Sant’Irene, another beautiful architectural treasure of the city. The entire historic centre is worth a visit. One more piece of advice? Take a look beyond the half-open doors: you may catch a glimpse of the beautiful courtyards in bloom. Among the things to do in and around Lecce, this is one of the most recommended.

Piazza Sant’Oronzo is a true symbol of Lecce. Here stands proudly the statue of Saint Oronzo, the patron saint of the city, just a stone’s throw from the Roman amphitheatre that occupies most of the square. This is an amphitheatre dating from Roman times and in particular from the Augustan period. Next to it is the so-called Sedile or Palazzo del Seggio, which dates back to the end of the 16th century and was the seat of the town hall for many years.

The three gates to the city of Lecce are still visible today. They once delimited the access to the ancient urban centre while today they are the symbol of the ancient splendour of the city. These three gates are located in three different parts of Lecce. All beautiful and worth discovering. They are Porta Napoli, Porta Rudiae and Porta San Biagio. There was also a fourth one, Porta San Martino, but it is no longer visible today because it was destroyed in the 19th century. This gate opened the way to the San Cataldo marina.

It is impossible to visit Lecce and its surroundings without eating. The Salento cuisine, with all its specialities, is known everywhere and appreciated by everyone. The things not to miss? Rustico and pasticciotto, but also fruttoni and typical dishes such as ciciri e tria, horse meat with sauce, turcineddhi and cotognata. Accompany with wine, which is excellent in this area. If you are searching for things to do in and around Lecce this is a must have.

Things to do in and around Lecce: visiting the sea

We have already indicated the best beaches in Salento and our advice is to move from Lecce to discover the beautiful sea in the surroundings, both on the Ionic and on the Adriatic side. Gallipoli, Otranto, Porto Cesareo, Santa Cesarea Terme and San Foca are just a few of the destinations to put on your agenda.